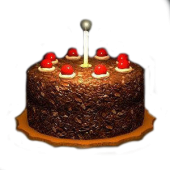 Give kits to all Rust npcs by location/type. Also mods weapon drop and condition.
Configurable via UI.


General information.
Give custom Kits to all default Rust npc types, and control what, if anything, becomes lootable when the npc is killed.
Also has control for dropping weapon on death, weapon condition, and magazine contents.

Please make sure that the weapons you're giving to the npcs are suitable.
Oilrig npcs, in particular, seem to become stupid with certain weapons.
Place weapon in the first, left-most, slot of the kit's belt container.