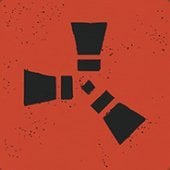 A new Custom Arena for Rust servers based upon the  Satellite Monument.

This Arena can be used for Monument Training, can fit in with any existing Arena style setup.

This Arena has been created for a range of game modes in mind, Team Death Match, Capture The Flag, Last Man Standing, Domination and many others.

The Arena is re created from the original Satellite, with loot boxes removed. For most Gun Game modes there are plenty of places for spawn points and if used with Arena-Items from Codefling makes a great arena to have fun in.

The Arena has all the prevent movement and invisible colliders setup, also has a observation platform above for dead players.


Perfect for both Day and Night time battles. Even with the high prefab count this Arena runs smoothly and has a high player FPS.

Arena prefab can be used on servers that do not have the Oxide.Ext.RustEdit.dll extension installed on the server.

Simply place the prefab at required height and press the prefab modifiers.


As always, credit has to go to Bran and Cobalt for work on this Arena. Thanks guys