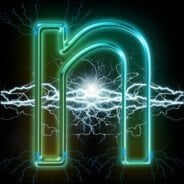 This is the premium version of Raidable Bases. The differences between this and the free version is five (5) difficulties and associated loot table functionality instead of one (1), buyable events, and lockouts for players. Updating from 1.7.1 to 2.0.0 shouldn’t require anything special. Simply install it.

Check out my packages for this plugin for tier1, tier2, and tier3 which contain everything you need to get the plugin working in minutes with all bases and loot already configured for you! Packages are sold separately.


This is not your run-of-the-mill plugin. DO NOT INSTALL WITHOUT READING THIS DOCUMENTATION FIRST. This plugin is extremely advanced and requires utmost attention to detail to configure properly. Jumping around in the configuration file or profiles will lead to more problems than it's worth. Take your time to understand each option before enabling or disabling its functionality.

The plugin comes with some very basic items (Default_Loot.json) that only serve as a demo loot list for you to either delete or expand upon. In order to make any use of the plugin (beyond demonstration) you will have to create your own loot lists instead.

It will take a very long time to configure your loot tables, and fine-tune each to your specific needs. To start, I recommend that you use the rb.populate all command. This creates files in the Editable_Lists folder for each difficulty that contain every item in the game. Edit each file and set the amounts for the items that you want to spawn, and remove those that you do not want to spawn. It may look intimidating editing a list of 660 items, but don't underestimate how easy it is to delete items from a list compared to adding each one manually.

Items that have their amount (not amountMin) set to 0 will not spawn. So you may either delete these items from the list, or come back to them later. If you set amountMin to 0 then chance will determine if the item spawns or not, and another item will not replace it unless there are extra items available (as of 1.7.3).

You can set the item skin that you want to use, but I suggest using the Skins settings in the configuration file to use random skins, or none at all.

The rb.populate command which populates the Editable_Lists folder also includes items already inside of your Difficulty_Loot folder. This allows you to easily repopulate lists in order to re-evaluate which items spawn at a later date.

Files inside of the Editable_Lists folder must be copied into an existing loot file in order to use the loot table. As the name implies, it is for editing only.

- If you want to use Editable_Lists/Easy.json for your Easy bases then copy the contents of the file into the Difficulty_Loot/Easy.json file.

Loot is pulled from all datafiles within the oxide/data/RaidableBases/ folder with the exception of the Profiles folder which is used to configure bases.

oxide/data/RaidableBases/Base Loot - If a loot table exists in this folder with the same name as a profile then all of the bases in that profile will use this loot table. If you want items in this loot table to always spawn then you must enable Always Spawn Base Loot Table in the respective profile.

oxide/data/RaidableBases/Difficulty Loot - Items will be chosen from these files based on the difficulty of each profile.

If Use Day Of Week Loot is enabled then it will choose the loot table for that specific day. Otherwise, it will pick from Default_Loot.json. This is the default list, and is only used when all other loot tables do not have a sufficient amount of loot to spawn based on the Amount Of Items To Spawn setting.

Max Amount Of Players Allowed To Enter Each Difficulty (0 = infinite, -1 = none) (infinite)


Easy|Medium|Hard|Expert|Nightmare Raids Can Spawn On


Ranked Ladder (based on points system)

This plugin creates it's own spawn points automatically, which cover the entirety of your server's map when the plugin is loaded. This is created one-time when the plugin loads. The grid maintains itself without requiring any input.

You may view the grid by typing /rb grid in-game to view detailed drawings of all locations on the grid.

Each location on the grid is checked a second time before spawning a base to insure it does not spawn the base on players or their buildings.

You can disable using the grid by providing a valid spawn file for each raid type (buyable, maintained, scheduled and manual).

Additional Bases allows you to add additional files to an existing base so that all bases in that list share the same configuration as the primary base/profile. This is great for setting up a list of bases for easy, medium, hard, expert and nightmare.

Command rb.populate will populate specific loot tables with every item in the game (items are disabled by default as their amounts are set to 0)

If you see this error after bases spawn then you need to install libgdiplus on your machine.

This happens when images in the CopyPaste file are being rendered by converting the byte array to bitmap.