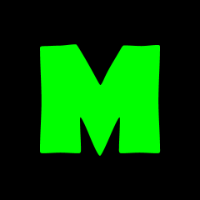 Tired of someone shooting into your players face on your PVE server? While it deal no damage it may lead to fps loss and be really annoying. This plugin will help you to punish them.

The main idea of the plugin is to punish a player attacking another. There is variety of options in config file.

First of all, remember, after you will configurate this plugin you will need to allow damage from player to player (PVP mode) in your PVE plugin like TruePVE, NextGenPVE etc. This is needed to being able to identify and get amount of damage which one player made to another. This plugin will prevent the damage, so there is nothing to worry about. But keep in mind that from now on, PVP damage is handled by this plugin. So if you decided to unload this plugin, before you do - don't forget to block player to player damage in your PVE plugin.

Next, you need to decide what exactly you want to do with attackers to punish them.

Plugin will count every hit attacker made to another player. More hits - heavier punishment, because hits counter serves as multiplier. There are 3 thresholds by number of hits attacker made:

There are 2 ways to inflict damage on an attacker - using the slap plugin (if activated in config and loaded) or simply by taking away health.

Here is an example of how this plugin works with default thresholds values (5, 10, 15) and Initial percentage damage (0.5) with 50 hp damage dealt by each shot.

You may also change time (5 minutes default) after which hits number will be cleared and count will start from scratch.

As a bonus, this plugin may help to solve several other problems:

## Commands
This plugin provides no commands

Plugins phrases are available on 2 languages out of the box: English and Russian