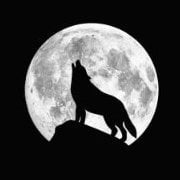 This is a plugin I had created based off a suggestion, its a basic plugin that handles players that are banned in a way to save time for admins. This plugin is super configurable, and will allow it to take full effect on banned players that maybe were cheating and had friends enjoying their loot.

Change all codes within TC of banned player

Destroy all beds/sleeping bags within TC of banned player

Kill banned player and everyone auth'd on TC, will also remove all items on players

Remove containers from dropping items in a stash