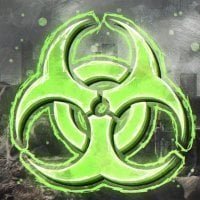 About Cataclysm: Fury of Nature

A cataclysm is a terrible natural phenomenon that destroys everything in its path, killing all life on our planet, and that’s what happened to this previously beautiful island.

A cataclysm is a terrible natural phenomenon that destroys everything in its path, killing all life on our planet, and that’s what happened to this previously beautiful island. Previously, cities flourished on it, technologies developed, people rested in parks, multiplied, but 2 centuries ago a terrible thing happened. Nature decided to make a wipe on the island and erase annoying people from its surface. The core of the earth froze and formed a huge canyon in the middle of the island, only the sun helped the upper part of the island to stay warm. Most of the population died, only a few remained – they were chosen to restore the infrastructure for life. But also some survivors have turned into mutants who live in the ruins of an overgrown city, where you can profit from a good loot, but you need to avoid falling into traps and overcome deadly parkour on very high skyscrapers. Help the island to regain its former beauty. Good luck!