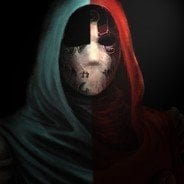 What can you manage? I have divided the control view into 2 parts, "light" and "doors".
Which doors can be opened?

- Doors in which gladiators sit
- Doors to the store.
- Doors for buying horses.
- Doors for access to the arena doors(climb up).
- Exit doors to the arena
What kind of electricity can be used?
- Light in the gladiator chambers
- Light between the cameras and the store
- Light at the horse spawn place
-Light between the exit to the arena doors
- Light at the Arena door
- Light in the place where the administrator is sitting
- Circular illumination on the battlefield inside the arena
- Circular lighting around the arena
- Turning on and off the cameras inside the arena

What can players buy in the store and what are they like?
- Food Store
- Medical supplies Store
- Weapons Store
- Armor Shop
- Clothing store

How do the cameras work?
To turn off the cameras, the administrator should simply move the switch to the "off" position.