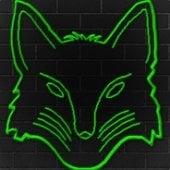 This monument takes up a pretty huge space on the map, it contains as you see on the picture, 3 golems, 2 which are fallen and 1 holding those 1:1 scaled domes, they are identical to the real domes but modified with military crates and scientists guarding them, also you are able to walk up on the standing golem then head inside behind the waterfall into a cave system leading all the way up to its mouth.

Theres building blocked in most places, the only exception being on the standing golems neck.

Loot can be found all around the area, Scientists are guarding all the loot both inside the cave system, inside the domes and some scientists roaming the ground