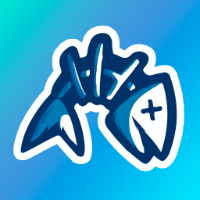 Last Oasis: The planet Earth slows down its rotation and the sun begins to burn the earth more and more.
People are divided…
Immerse yourself in a huge world full of dangers and adventures. Fight marauders in a tough fight and explore new lands in search of prey.

The map is suitable for all servers, both pvp and pve mod.
Created with World Creator.

Have questions? See the FAQ (Read me) file.
Need help? Connect to our discord: click me

Lore Map:
In 2087, an ecological catastrophe occurred, the planet Earth slows down its rotation and the sun begins to burn the earth more and more. The earth was engulfed in chaos, it was becoming increasingly difficult to live in cities, and people had to adapt to a new life in the current conditions. The authorities of all countries united and created a new branch of scientists in the Cobalt organization, who were supposed to study new weather conditions, and they were also required to find and preserve vegetation that had begun to disappear due to a large drought. A new group of scientists settled near winter, in a small depression, away from prying eyes. People are divided…

Some wanted more power and resources, they began to rob and destroy people who refused to obey them – they were called marauders. Marauders lived in the forests, built roadblocks, and seized oil and ore quarries. Marauders also tried to capture the abandoned city all the time, these lands were called neutral territories. The civilian population (Nomads) was expelled from the forests, and they had to adapt to a new life in the desert. They studied the technology of building from wood and stone, and built a trading city for all people – the “City of Hope”. The nomads wanted all people who needed food and water to be able to get help, and to maintain the economy, they made a peace agreement with the marauders, which stated that the marauders could also fly their airships to the city to trade their resources. Nomads and Marauders did not shoot at each other inside the city. Nomads very often visited abandoned lands, in search of resources, food, water, and scientific literature, thus they had to constantly face marauders in bloody battles. As a result, a group of mercenaries, which was very often hired by the authorities of all countries, to help scientists (former people from the army) took the side of the Nomads so that they could resist the marauders. Nomads recorded all historical events in books, and called the new world “Last Oasis”