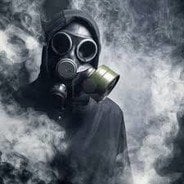 Cobalt Headquarters has just been destroyed. Launch site has just gone offline. Most of Cobalt’s scientists are dead, the rest of them have evacuated. Their leader Cobaltic has been assassinated. Everything is in flames, everything Cobalt has worked for is gone. They are on the brink of collapsing, but Cobaltic’s brother has found a new location. One where the scientists can lay low while Cobalt reestablishes. The old and abandoned island of Vybor. Cobalt has deployed all remaining scientists to the island to repopulate and protect the island from intruders. What Cobalt didn’t know is that the Nezar Federation is boating their most ruthless prisoners onto the island to finish off cobalt for good. These prisoners are bloodthirsty, deceptive savages that know how to survive even in the harshest conditions and build their own weapons. This island is Cobalt’s Last Hope.

Military Camp: Set up by the long gone military of Vybor, it served as an outpost for the Vyborian soldiers that were tasked with reestablishing on the island long ago.

Abandoned Cabin: It served as a hunter’s shack, separated from most of Vybor, he was a lone wolf that preferred to live life peacefully and away from modern society.

Sea Town: Originally set up by a fisherman that loved the water so much that he built his house upon a rock formation out in the sea. After the fisherman died, it was turned into a military outpost to detect incoming ships.

Police Station: The office of the single sheriff of Vybor, the single cell of the station was usually cramped with more than five prisoners at a time. The station was also one of the two backup plans in case anything went wrong on the island. There is a vault loaded with guns, ammunition, and gear.

Station: The single stop for Vybor’s underground train system. It is now abandoned leaving empty seats and heaps of junk.

Train Stop: Set up so Cobalt can monitor the above ground train system for any intruders.

Bank: A very small bank used for the small population of Vybor. It is the second of two backup plans on the islands in case anything went wrong. The small vault has enough weapons for a small group of military insurgents.

Radiation Tunnel: A large tunnel stretching through the mountain. It is designed for a single railway along with storage for military supplies and old train parts. It is now populated with two scientists.

Army Bunker: A small bunker used by the Vyborian military to store weapons and gear.

Lumber Yard: Used to store all of the lumber needed for the many structures of Vybor.

Convoy: A convoy of trucks was ambushed here. The two last fighters killed each other. The convoy area is now abandoned leaving all of the crates there.

Smithy: Once a place of metal working and forging, providing the metal needed to build the structures of Vybor; It is now abandoned leaving only a rundown building and some crates.

Oil Rigs: Used to extract the oil from Vybor’s resource rich ground. They are now inhabited by many scientists, placed there to protect the valuable oil.

Bandit Camp: An uplifted piece of ground, the resident bandits have used it as a marketplace.

Fuel Yard: Used to store a lot of fuel gathered from the local oil rigs. The fuel there is awaiting refinement.

APC Junkyard: An old, unsuspecting junkyard. Cobalt has deployed an APC there to guard their main stash of guns, weapons, and gear.

Farm: An old abandoned farm, with many crops.

Crashed Cargo Ship: A cargo ship that had crashed into an iceberg letting all of the shipping containers slide off of the deck.

“The iceberg didn’t look that big.”

Checkpoint: A checkpoint set up by cobalt to defend from anyone crossing through the road.

Survivor’s Tunnel: The bunker of the chief admin of the launch site. He was the one that started this all. He went rogue and almost caused Cobalt’s downfall. He now resides in his bunker living the rest of his life in fear and isolation.

“The only thing I regret is not finishing the job.”

Harbors: Used for incoming shipments and to export resources from Vybor to other islands.

Quarries: Used to mine stone and metal from Vybor’s resource rich ground.

Lighthouse: Used to warn incoming ships about the immediate lands during the night.

Abandoned Cabins: The first settlement of Vybor. It has long since been abandoned leaving decrepit and rundown buildings in a swamp.

Fishing Villages: Set up by the island’s bandits to sell boats and other water related supplies.

Sewer Branch: Used to manage all of the sewer systems as well as feed dirty water to the treatment plant.

Outpost: Based out of the old city of Vybor, it has been reclaimed by the friendly scientists of the island, and used as a safe zone for the island’s survivors.

Large Barn and Ranch: Set up by the bandits to sell horses to the island’s inhabitants.

Supermarket: A small supermarket that is packed with food, some rotten, some not.

Power Plant: A nuclear power plant used to supply all of Vybor’s power. After a close meltdown, the power plant was closed and Vybor’s inhabitants left.

Military Tunnels: Vybor’s main military branch. Cobalt has deployed many scientists there to protect the guns and gear.

Airfield: Used to bring in the residents of Vybor, It is also how the citizens got out.

Junkyard: One of two junkyards located in Vybor. This one comes equipped with a car shredder.

Mining Outpost: A small area used for the storage of mining equipment and gear.

Underground Tunnels: With many entrances scattered across the map, they all lead to the underground train tunnel system. Claimed by the tunnel dwellers, Cobalt has tried to retake the tunnels but to no avail.

Underwater Labs: Built many years ago for underwater research, underwater dwellers have since taken them over.

Designed to be used as is, no editing needed.

This file is not currently available for purchase.