Review falsely deleted by moderator - appealing against it 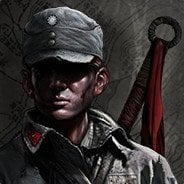 By salientKill
September 20, 2022 in Site Support